Anil Singh 10:14 PM Angular 4 , Angular 5 vs Angular 6 , Angular 5 vs. Angular 4 , What Is Angular 4 or 5 or 6? , What is Angular? Edit
Angular is the most popular web development framework for developing mobile apps as well as desktop applications.

The angular framework is also utilized in the cross-platform mobile development called IONIC and so it is not limited to web apps only.

Angular is an open source framework written and maintained by the angular team at Google and the Father of Angular is Misko Hevery.

Angular is written in TypeScript and so it comes with all the capabilities that typescript offers.

You don’t worry about the TypeScript versions. The compiler manages to the versioning related problems and Angular team working with Traceur compiler team to provide the support to build some extensions. 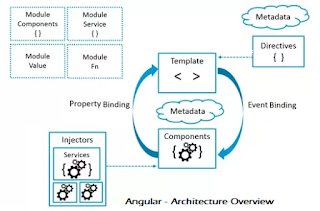 Keep and try to upgrading Angular, the Angular’s community has announced Angular releases in every 6 months.

What Are Angular Prerequisites?