Blockchain is a digitized, decentralized and public ledger of all financial transactions and it also recording the history of transactions.

Blockchain provides a protocol for building a public, replicated and distributed ledger network of all transactions. Each participant in this blockchain network maintains their own copy of that database, or collection of organized information.

Blockchain is mostly known for the first technology it enabled, the Bitcoin, which Satoshi Nakamoto first described in a paper in 2008.

Blockchain is the technology that runs cryptocurrency Bitcoin.

Blockchain very first and most famous application is Bitcoin, a peer-to-peer (P2P) digital currency for the modern, digital age. This was created by Satoshi Nakamoto.

Blockchain is actually a way to structure data and the foundation of cryptocurrencies like Bitcoin, Ripple, Ethereum, Bitcoin Cash, Litecoin, Cardano and many more.

The Real-life applications of Blockchain -
1.      Follow My Vote aims to change the way we vote, becoming the world’s first open-source online voting solution.
2.      ShoCard stores your identity onto Bitcoin’s blockchain for easy verification.
3.      Symbiont is a provider of smart securities on the blockchain.
4.      Bitnation is a Governance initiative with a collaborative platform for do-it-yourself governance.
5.      ChainLink uses blockchain technology to verify and validate the authenticity and title of real world items.

What Is Bitcoin?
Bitcoin is the world’s first digital cryptocurrency and worldwide payment system. It does not have any central authority exercising control.

Bitcoin was invented by an unknown person or group of people under the name Satoshi Nakamoto and released as open-source software in 2009. 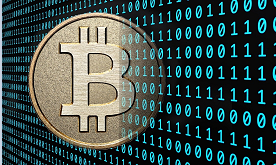 Bitcoin is the first decentralized digital currency, as the system works without a single administrator.

Why Is It Called Blockchain?
Blockchain owes its name to how it works and the manner in which it stores data, namely that the information is packaged into blocks, which link to form a chain with other blocks of similar information.

What Is Blocks?
A block is a collection of data or transactions.
All Transaction data are permanently recorded in files called blocks.

Blocks are storage of data or transactions on the blockchain network, once they are added to the chain of blocks that precede them they become irreversible. Each block contains the data it is recording.

How Does Blockchain Work?
Blockchain keeps a record of all data exchanges.

Transfers of electronic money through a peer-to-peer network pass between counterparties without the participation of financial organizations.

It utilizes a distributed system to verify each transaction -a peer-to-peer network of nodes
Once verified and signed, the new transaction is added to the blockchain and it can't be hack
Blockchain is a complex concept, consisting of a blend of different technologies, each one a foundational pillar in making blockchain the revolutionary offering that it is.
SHARES
Share
Pin it
Tweet
Share
Share
Share