The iOS is a mobile operating system created and developed by Apple Inc.

The iOS runs on the iPhone, iPad, iPod Touch and Apple TV and the Initial release of iOS is 29 June 2007. The iOS is written in C++, Objective-C, Swift and the default user interface is Cocoa Touch.

What does iOS mean?
Basically, iOS is a truncated way of saying ‘iPhone OS’, or ‘iPhone Operating System’.

How do I download new iOS apps?
You can download apps onto any iOS device from Apple’s App Store. 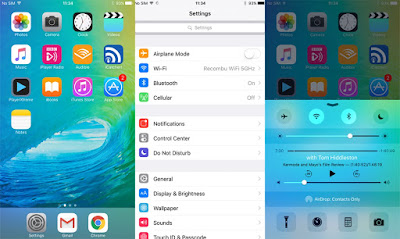 How do I update my iPhone or iPad to the latest version of iOS?
Your Apple device should automatically detect when an iOS update is available to download and inform you with a pop-up message.

Which JSON framework does supported by the iOS?
The iOS supports SBJson framework.

How does iOS compare to Android?
Android is another mobile operating system just like iOS, but Android was designed by Google and it runs on popular rival phones to the iPhone, such as Samsung’s Galaxy S7, Sony’s Xperia X, the Moto G4 and Google’s own Nexus 6P and Nexus 5X phones.

Is iOS more secured than Android?
Yes, iOS is a closed system, compared with the open source Android.

What is Cocoa/Cocoa touch? Explain in detail?
The Cocoa Touch is an UI (user interface) framework that runs on iOS for the iPhone, iPod Touch, and iPad, watchOS for the Apple Watch and tvOS for the Apple TV and so on.

The Cocoa Touch helps us to create rich user experiences by allowing for the smooth movement of visual elements and iOS, watchOS, and tvOS technologies can be seen as a set of layers, with Cocoa Touch at the highest level and the Core OS/kernel at the bottom.

The Cocoa is an object oriented software libraries, application environment and a run-time system that helps us to develop OSX and iOS apps using Swift language and Objective C.

Why you use NSFetchRequest?
The main use of this NSFetcherRequest is to fetch from the core data.

What are extra features added in iOS 9?
The iOS 9 is full of enhancements you'll appreciate every day. Your apps become more essential. New multitasking features on iPad make you even more productive.

What's New With Siri?
Siri improve with all iteration of iOS, and iOS 11 is no exception.
Siri is using on-device learning to understand more about your preferences.
Siri is also syncing that information across all of iOS and Mac devices.