Rust is a very new language. Rust is a systems programming language focused on safety, speed and concurrency.

Rust is a unique language, introducing new concepts. If you want to try Rust programming, install it and otherwise you can go online tutorials. 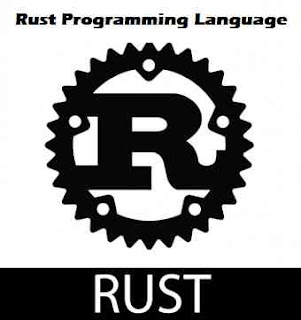 Rust is multi paradigm and most of the things can do just like OOPs in Rust but not everything. So, Rust is not pure object-oriented.

How fast is Rust?
It is very fast! Rust is already competitive with idiomatic C and C++.

Is Rust Garbage Collected?
No! One of Rust’s key innovations is guaranteeing memory safety without requiring garbage collection.

How do I get command line arguments in Rust?
The easiest way is to use Args that provides an iterator over the input arguments.

Is Rust object oriented?
It is multi paradigm and most of the things can do in Rust but not everything. So, Rust is not object-oriented.

Does Rust have copy constructors?
No!

Does Rust have move constructors?
No! The values of all types are moved via memcpy.

What Are the Advantages?
ü  Predictable clean-up of resources
ü  Lower overhead for memory management
ü  Essentially no runtime system
ü  Rust avoids the need for GC through
ü  Thread-safe

What Are the Disadvantages?
ü  Rust compilation seems slow
ü  Rust has a moderately-complex type system
ü  The Rust compiler does not compile with optimizations unless asked to, as optimizations slow down compilation and are usually undesirable during development.
ü  Rust use of LLVM for code generation

Does Rust do tail-call optimization?
No! Not generally. It may be done in limited circumstances but is not guaranteed.

Does Rust have a Run-time?
Not! Rust code can be compiled without the standard library; In that case the runtime is roughly equivalent to C programming.

What string type should you use?
The string types -
ü  Slice type
o   str - UTF-8
o   OsStr - OS-compatible
o   CStr - C-compatible
ü  Owned type
o   String - UTF-8
o   OsString - OS-compatible
o   CString - C-compatible
What Are the Differences between the two different string types?
The “String” is an owned buffer of UTF-8 bytes allocated on the heap.
The “Strings” is Mutable and it can be modified.
The “&str” is a primitive type and it is implemented by the Rust language while String is implemented in the standard library.

How do I read a file into a String?
By using the read_to_string() method, which is defined on the Read trait in std::io.

How do I read file input efficiently?
The File type implements the Read trait, which has a variety of functions for reading and writing data and its looks like-
ü  read()
ü  read_to_end()
ü  bytes()
ü  chars()
ü  take()

What Is the deal with unwrap() everywhere?
The unwrap() function is use to handle errors that extracts the value inside an Option, if no value is present and It is also useful for quick prototypes where you don’t want to handle an error yet.

How do I debug Rust programs?
The Rust programs can be debugged using gdb or lldb as like C and C++ programming.

Can I write an operating system in Rust?
Yes! You can do.

Does Rust guarantee a specific data layout?
Not by default! Most of the general case, the enum and struct layouts are undefined.

Can Rust be used for Android/iOS programming?
Yes! You can do.

How do I cross-compile in Rust?
It is possible but need a bit of work to set up.

What Is the relationship between a module and a crate?
Module - A module is a unit of code organization inside a crate.
Crate - A Crate is a compilation unit and it contains an implicit and un-named top-level module.

How do I do dynamic Rust library loading?
Use libloading for Import dynamic libraries in Rust, which provides a cross-platform system for dynamic linking.

How can I write a GUI application in Rust?
There are different ways to write GUI applications in Rust.
The List of -
ü  Cocoa
ü  GTK
ü  gyscos
ü  ImGui
ü  IUP and so on
How can I parse JSON/XML?
The serde is a library for serialization and deserialization of Rust. This is the recommended library.

How do I write an OpenGL app in Rust?
The glium is a library for OpenGL programming in Rust and GLFW is also a solid option.