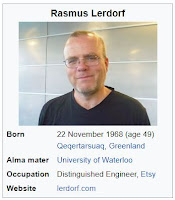 PHP stands for “Hypertext Pre-processors”. It is server side scripting language and used for developing web applications and It's allows us to dynamically create generated web pages.

PHP has many frameworks and CMS and used for creating websites.  The PHP is very easy to create sites using its CMS.
The PHP is an Object Oriented Programming (OOPs) language.

What Is PHP 7?
PHP7 is a latest and major release in the PHP Programming language that has widened several programming avenues for PHP coders.