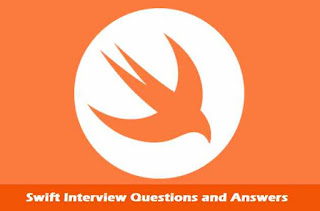 How You define variables in Swift?
The “var” keyword is used for declaring variables and variables must be declared before they are used.
var helloMsg = "This is Anil, How Are You?"

What Is Type Aliasing in Swift?
This borrows very much from C/C++. It allows us to alias a type, which can be useful in many particular contexts.
typealias sample = UInt16

What Is a deinitializer in Swift?
If you want to perform an additional clean-up of your classes, it is possible to define a block called deinit.

How Multiple Line Comment Can Be Written In Swift?
The Nested multiline comments enable you to comment out large blocks of code quickly and easily.
Use an opening (/*: ) and closing ( */) comment and it looks like -