The Vue 3.0 is faster, smaller, maintainable source code, easier to use, and more native-friendly now.

Making it Smaller: -
Vue is already quite small, at around 20kb gzipped at runtime. But we can expect it to get even more compact, at 10kb gzipped for the new core runtime.

Virtual DOM Rewrite: -
Virtual DOM being rewritten from the ground up and he rewrite will include more efficient code to create virtual nodes.

Static Tree Hoisting:-
The static tree hoisting means the Vue 3 compiler will be able to detect what is static and then hoist it out, reducing the cost of rendering. It’ll be able to skip patching entire trees. 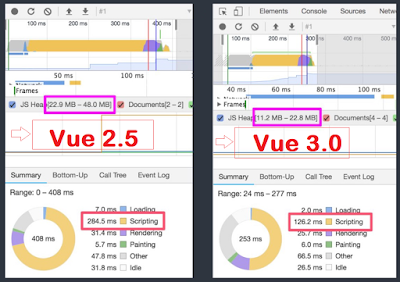 What's New in Vue-Styleguidist 3.0?
The Vue-Styleguidist is a powerful tool that helps you to develop your apps components in a controlled environment. The new version ships with several new features and this article explains them all.

For more Questions and Answers - Vuejs, Vue 2 and Vue 3