Advantages of Scripting Languages :-
Easy to use and easy to write
Takes less time to code as it needs less coding 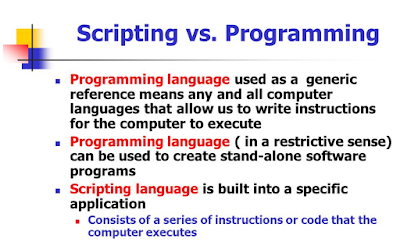 What Is Difference between a Compiler and Interpreter?
A Compiler is a translator which transforms source language into machine language.

An Interpreter is a program which imitates the execution of programs written in a source language.