Anil Singh 4:19 AM Angular 2 , Angular 4 , What's New in Angular 4? , What's New In Angular 5? Edit
Angular 5 is going to be a much better Angular and you will be able to take advantage of it much easier and Version 5 will be fully released on September/October 2017.
Stayed Informed – Angular 4 and Angular 2


Angular 5 Performance Improvements - Angular 5
1.     Use of addEventListener for the faster rendering and it is the core functionality.
2.     Update to new version of build-optimizer.
3.     Added some Improvements on the abstract class methods and interfaces
4.     Remove decorator DSL which depends on Reflect for Improve the Performance of Apps and This is the core functionality.
5.     Added an option to remove blank text nodes from compiled templates
6.     Switch Angular to use Static-Injector instead of Reflective-Injector.
7.     Improve the applications testing.
8.     Improve the performance of hybrid applications
9.     Improvements on Lazy loading for Angular
10. And so on... 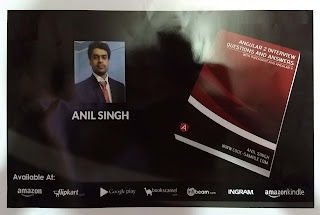