Angular offers eight hooks to allow you to tap into the lifecycle of directives and components as they are created, updated, and destroyed.

Each has a single hook method with the name prefixed ng.   Stayed Informed - Angular 6 and 7

The ngOnInit() and ngOnDestroy() methods play the important roles in the real applications. 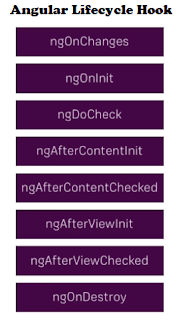 Use of OnDestroy() -
The OnDestroy method is used to clean-up logic and it must run before Angular destroys the directive.