What Is Visual Studio Code? 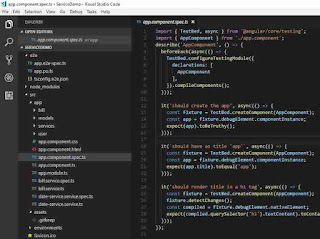 Visual Studio is a simplified version of the full version and replaces the separated express editions used before 2015.

Debugging support for Node.js (JavaScript and Typescript) on all platforms and experimental support for Mono (C# and F#) on OS X and Linux
1.      Intelligence support
2.      Customizable editor - You can change themes, keyboard shortcuts and workspace settings.
3.      Create your own snippets

Visual Studio Code is based on files and folders. You can open a file or folder that contains project files or code.

Is Visual Studio Code free?
Yes, VS Code is free!