Sophia was activated on April 19, 2015 and made her first public appearance at South by Southwest Festival (SXSW) in mid-March 2016 in United States.

Sophia has been granted the citizenship in Saudi Arabia and also Sophia wants to start a family. 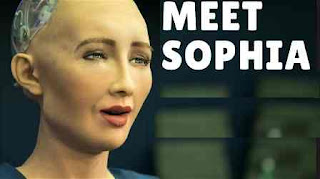 Saudi Arabia has made history by becoming the first country to grant citizenship to a robot.

Sophia defies conventional thinking of what a robot should looks like. Designed to look like Audrey Hepburn, Sophia embodies Hepburn’s classic beauty.